NOTE: A Special Thanks to Tom Wylie (MTN Sports) for providing the photo and video.

GREAT FALLS — Like many programs across the country, the Great Falls Americans junior hockey team saw its season end prematurely in March.

“It was tough. These are teenage kids and there’s a lot of emotion in the game and what we try to do,” said head coach Greg Sears. “It’s a seven-month journey and to just kind of be stopped was pretty tough.”

The Americans had won nine straight games, a playoff series and were up 1-0 on Sheridan in the NA3HL division semifinals.

“The whole season was a blast. It was a really fun ride,” said goalie Trevor Mellen. “And then just with everything that happened with COVID it was a tough way to see it end.”

But after a long offseason, uncertain moments and two weeks of training camp, the 2020 junior hockey season starts this weekend. For the Americans, it’s a chance to take care of some unfinished business.

“You come into practice and I know I need to actually work as hard as I can because you don’t know when it’s going to get taken away at this point,” said forward Jake Hayes. “We still have a fire burning from last year. We still got a good, strong core.”

It’s not unusual to see several international players on NA3HL rosters in a normal year, but this season teams will not include import players due to travel restrictions and league protocols.

“We don’t have any import players to start, which was kind of to be expected. But we’re still about 30 guys and we’ve been a popular place. People want to play here. So it was a really good recruiting year for us,” Sears said. “And I think that’s why we have a good group back and they’re hungry.”

The Americans open the season on the road at Butte with games on Friday and Saturday. Great Falls will open at home at the IcePlex on Friday, Oct. 9 against Helena. Attendance at home game will be limited to 250 socially distanced fans. 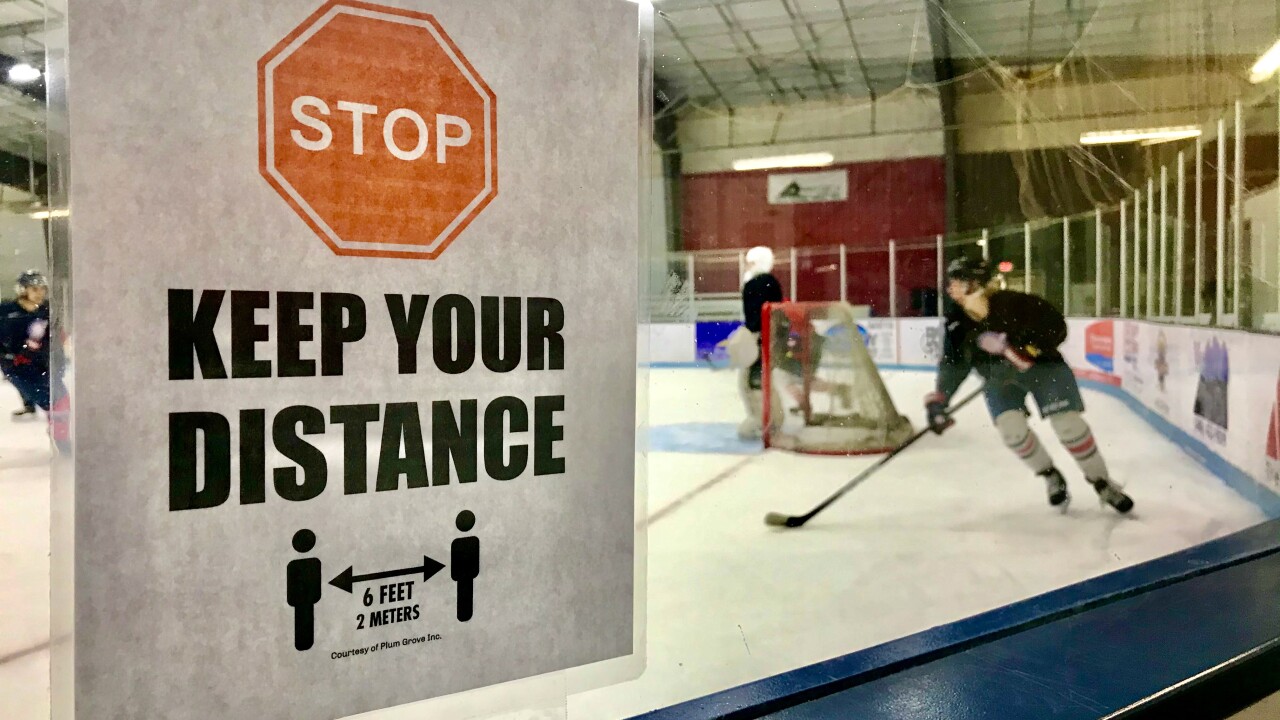 The Great Falls Americans are adjusting to COVID-19 protocols at practice and at games.