NOTE: A Special Thanks to Ryan Gamboa (MTN News Reporter) for providing the video.

GREAT FALLS —Born in 1949, Zamboni, a common name in winter ice sports, was nothing more than a tractor engine, water tanks, a blade, and a box hoisted above it. Today, Zamboni is the official ice resurface machine of national athletic organizations.

More than 12,000 of the machines have been delivered across the world – one of them right here in Great Falls. 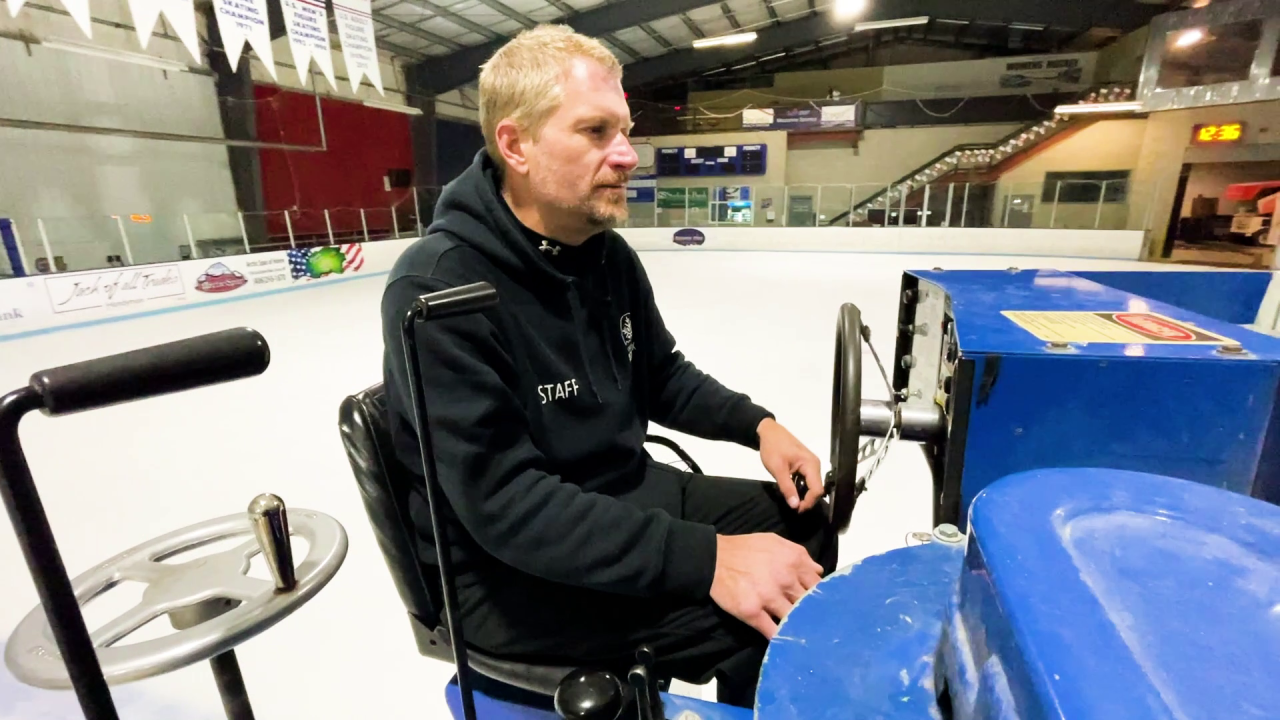 Chris Mayer, manager of the Great Falls Ice Plex, is the driver: “Driving the Zamboni, there is nothing else in the world like it.”

It’s true. The Zamboni’s shape derived from inventor Frank Zamboni’s dreams, with levers and valves only an elite group can operate.

When asked if he considers himself an artist, Mayer responded: “Yes, as a matter of fact, I think that’s a good description. Yeah, it’s there’s definitely an art form to resurfacing the ice. It’s not as easy as it looks. That’s for sure.”

Taking four years for Mayer to master, he still feels he has a lot to learn.

“I don’t think anybody would ever wake up one day and say, ‘You know what, I’m going to be a Zamboni driver.’ I don’t think anybody ever says that. I certainly never did. But after being at this job, I can’t say that I’ve ever had a job that was more fun and more fulfilling than the one I have now.”

Fun is an understatement. Head to the Great Falls Ice Plex for open skate or a Great Falls Americans hockey game, and behind a rolling garage door, in the shadows, is Chris Mayer, the artist of the ice.

Chris’s humility puts himself out of the limelight, when almost everyone talks about the machine and his craft. He is a star on his own.

He says it’s ten minutes of stardom, when really, he resurfaces the ice in eight minutes.

“Driving the Zamboni, it’s given me the opportunity to be able to do something that not many people can do or have ever done…there’s not that many of us out there.”