NOTE: A Special Thanks to Matt Holzapfel (MTN News Reporter) for providing the video. 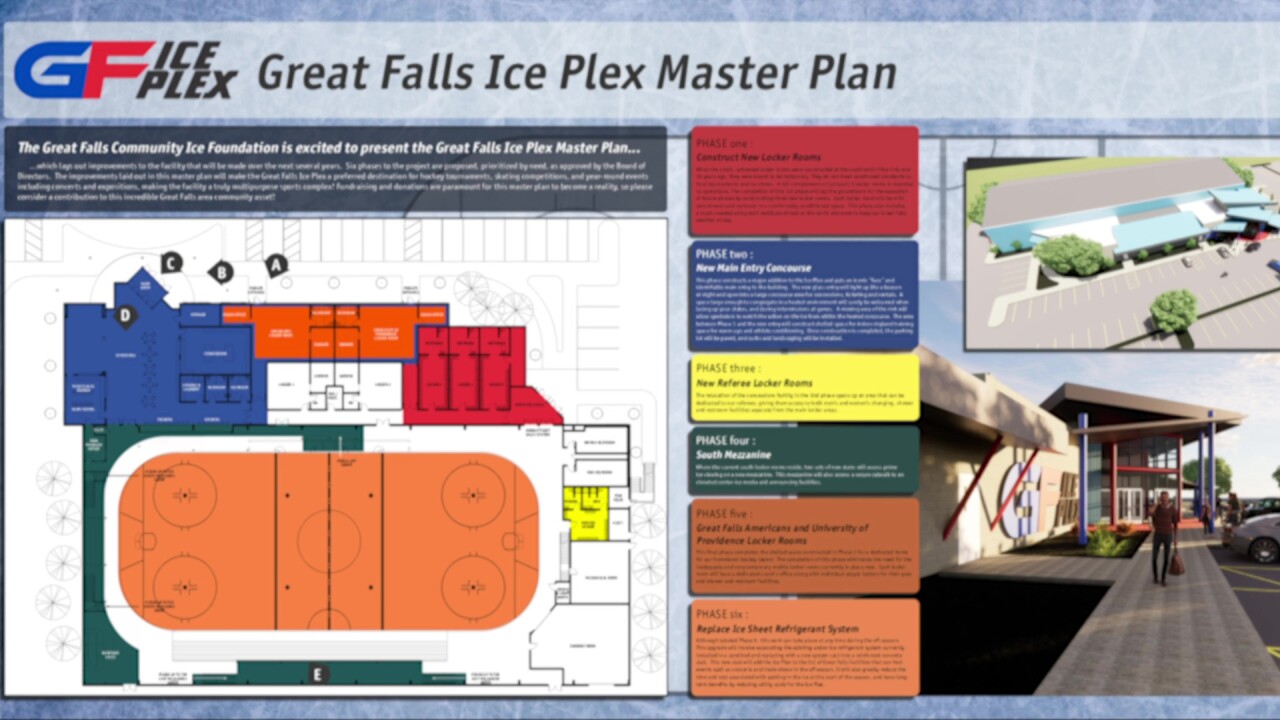 GREAT FALLS — Some of the planned phases of construction may take up to 10 years to be completed, but the wheels are officially in motion. On Friday, the Great Falls Community Ice Foundation launched its initial campaign for improvement to the Great Falls Ice Plex.

The long-term goal of the campaign and ensuing construction projects is to make the facility a “preferred destination for hockey tournaments, skating competitions and year-round events.”

“The rink has been open for more than 10 years,” explained GFCIF President Teresa Gunn. “We are finally at a point where we feel, despite COVID, relatively financially stable, where we are ready to start making improvements.”

This project will represent the most substantial improvements that the Ice Plex has undergone since it opened to the public. There are six phases of construction, though Gunn explained that the phases do not necessarily have to begin or end in this order:

Phase one will include new locker rooms and an airlock building entrance to keep the winter weather outside. The current locker rooms at the south end of the building are over 10 years old now, and were originally meant to be temporary. Once this phase is completed, the facility will have three new locker rooms, each with its own showers and restroom, and more reliable air conditioning.

Phase two is a heated concourse, glass entry, and will also include paving the parking lot. The front of the building will get a “facelift”, quite literally, as a new glass entry will be added, and will illuminate the face of the building at night. The new concourse will feature a larger, heated space, and there will also be a new viewing area that will let spectators watch the action on the ice from within the heated area. Once this phase is complete, the current gravel parking lot will also be paved. 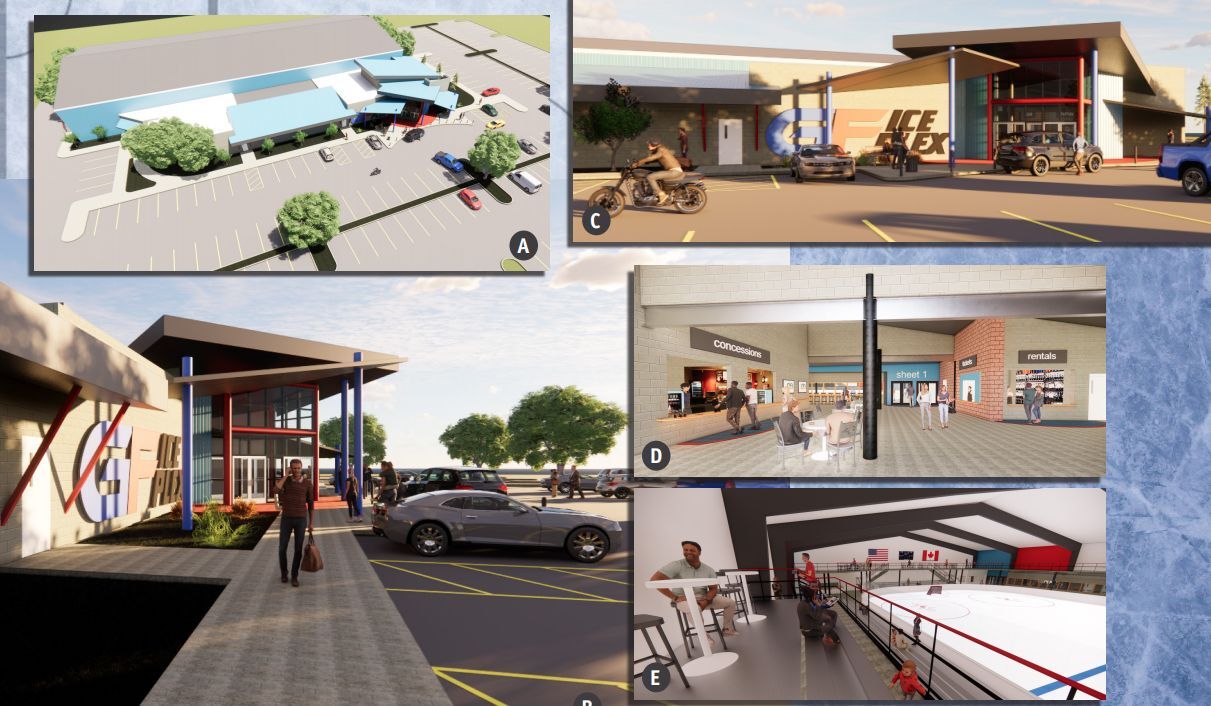 Phase five will give the Great Falls Americans and University of Providence hockey teams new, dedicated locker rooms, complete with individual player lockers and coach’s offices. This will eliminate the need for the current mobile locker rooms that the teams are currently using.

Lastly, phase six, which will actually be one of the first phases that’s completed, will replace the existing under-ice refrigeration system. This phase can begin anytime during the rink’s offseason, and will involve removing the existing under-ice refrigerant system and replacing it with a concrete slab system. The Foundation says that this will greatly reduce the time and costs that come with installing the ice at the beginning of every season.

The Foundation believes that they are in a good enough place financially, even despite the ongoing pandemic, to commit to this long-term project. But these phases will also need to be funded by community partners and supporters of the ice rink.

“We really just kicked this off yesterday (Friday) and we’re still organizing our fundraising efforts, so that the community should keep their eyes open and their ears open to hear about events and other ways that we’re going to raise money,” said Teresa. “We’re always, of course, open to individual donations. We’re really hoping that we might get some big corporate sponsors.”

Teresa also added that the plan is to only close the rink for these renovations during their typical offseason in the summer months. She explained that this is possible because the only phase of construction that will cause a significant disruption to guests will be Phase six, which can be done over the course of one summer (either this summer or next summer), when the rink would not be open anyway.