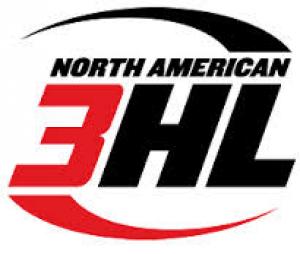 Click on the PDF Document below to see the Official NA3HL Hockey Rules and Referee Signals are all about:

Hockey Referee Signals: What Are They?

USA Hockey Referee Signals: What Are They?

What Are The Rules and Referee Signals?

Please see the PDF document below for the Official Hockey Rules and Referee Signals (with diagrams).

The Junior Hockey Supplement Discipline outlines the what the disciplinary actions are for a variety of penalties. (NA3HL).

Junior Hockey in the United States

The image below shows where the different positions are on the ice.

Goalkeeper (1) – The responsibility of the goalkeeper is to keep the puck out of back of his net. Offensively, he starts his team down the ice with a pass but seldom leaves the net.

Left / Right Defenseman (2) –  They try to stop the incoming play at their blue line. They also try to block shots, cover opposing forwards and clear the puck from in front of their goal. On offense, they get the puck to their center and wings.
Center (1) – The middle of the ice from end to end is his primary territory. He leads the attack by carrying the puck. He exchanges passes with his wings to steer the play towards the goal. On defense he tries to break up a play before it gets to his team’s ice and harasses the opponent in the neutral and defending zones.
Right Wings/Left Wings (2) – Moving up and down the sides of the ice with the direction of play, the wings work with the center on the attack. Defensively, they try to disrupt opposing wings.

The image below shows the different dimensions of a USA Hockey rink. 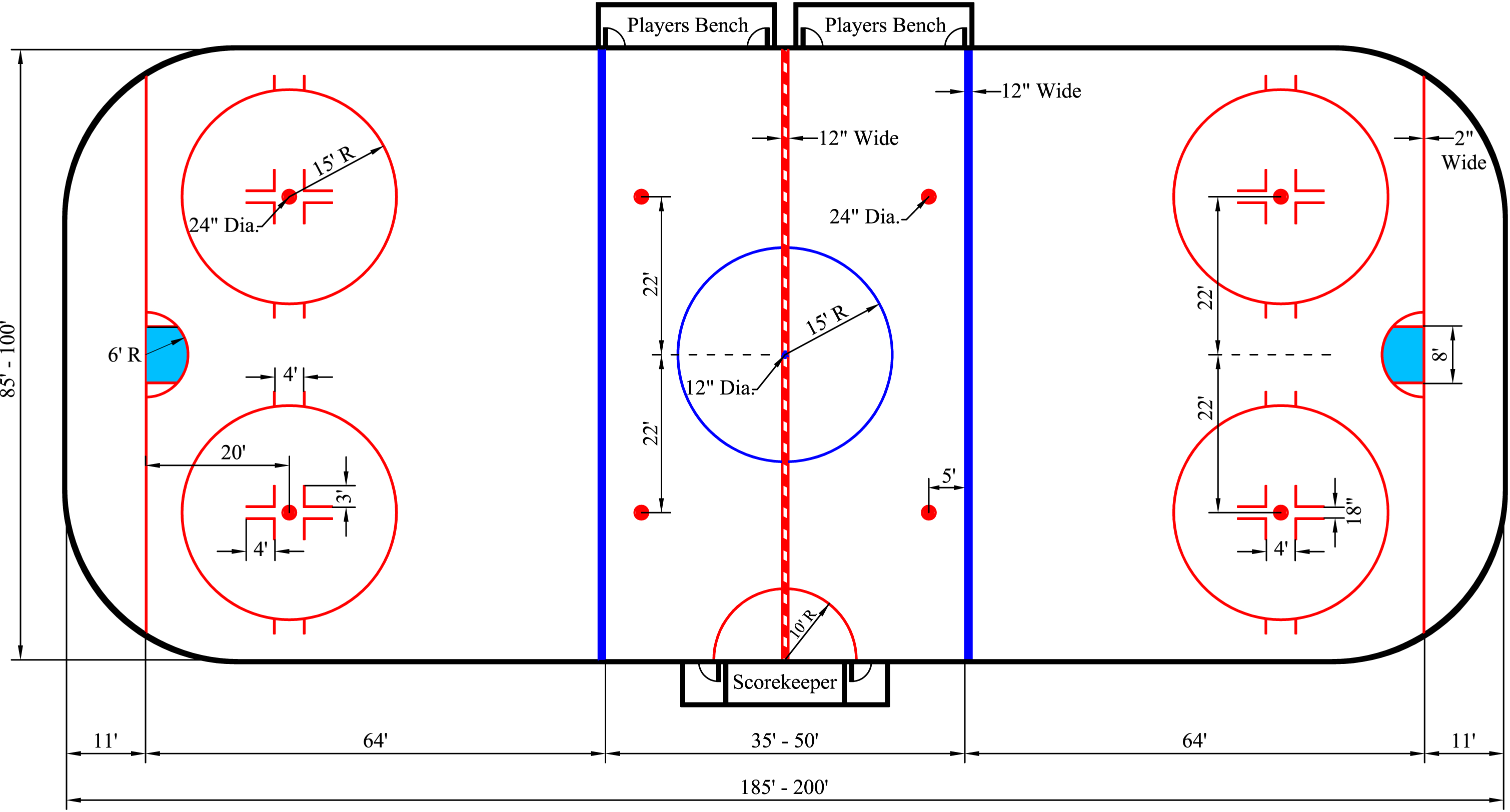