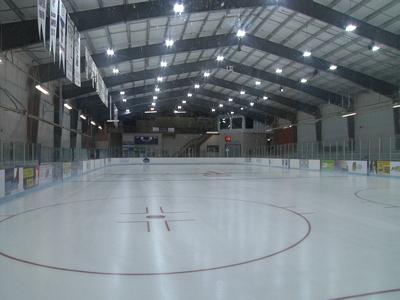 NOTE: A Special Thanks to Afiq Hisham(ABC/FOX MontanaReporter) for providing the photos and video.

CASCADE COUNTY – Hockey season’s coming on fast in the Electric City, but with the continued risk of COVID-19, Montana Right Now met up with staff at the Great Falls Ice Plex to see how they’re safely gearing up for the games ahead.

Cutting last season short due to the Coronavirus was tough for the Great Falls Americans, said Goalie Vincent Marroni, especially with some team members playing for the last time.

“We were primed for a really good playoff run and to see it get cut short and see those guys, it was really hard,” said Vincent.

But with hockey practice returning again Monday, he’s spent hours helping out wherever he can, leveling ice and gearing up the venue with the pandemic in mind.

Getting rid of a few bleachers for more space is just one example of social distancing measures they’re preparing, on top of sanitizing locker rooms after each group use.

“We sanitize the locker rooms before and after every skate,” said Vincent.

Other efforts include having a max capacity of 100 people total, with guided paths and signs asking everyone to keep a safe distance.

“Just follow our guidelines. If everybody can just work with us… it’ll be seamless, I know it will be,” said Mayer. 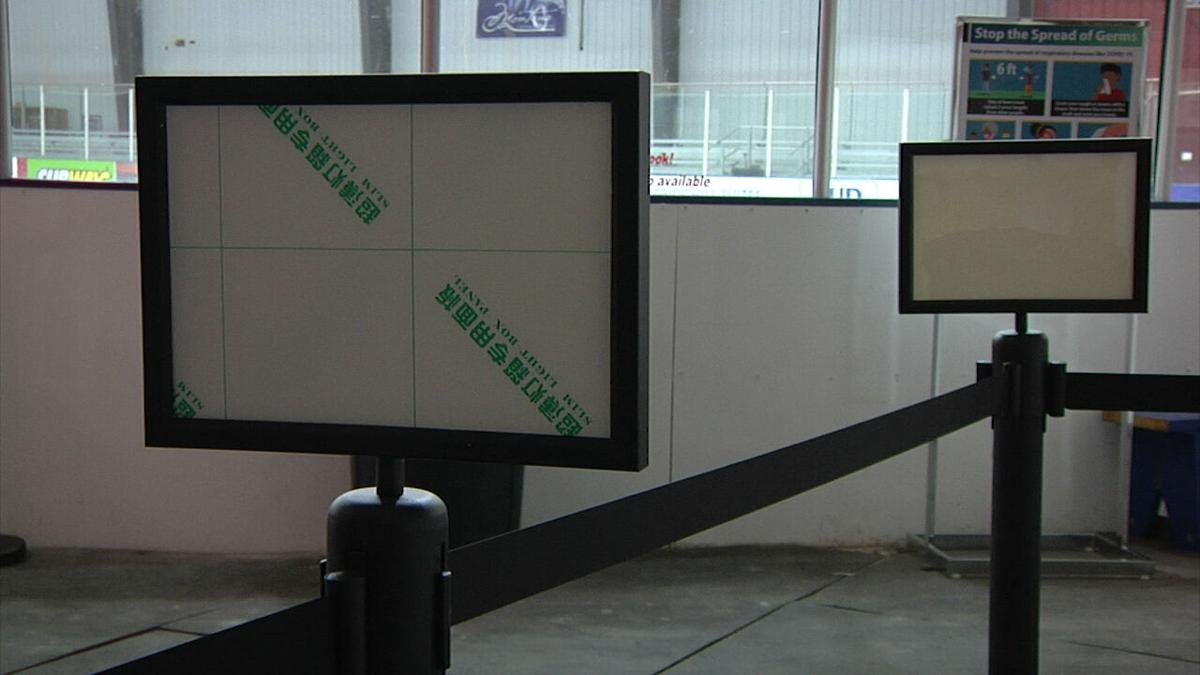 Examples of sign stands you can expect once the Great Falls Ice Plex reopens for the season and to the public, guiding people throughout the facility. Photo by Afiq Hisham.

Once the season kicks off, Vincent says he’s already got his sights on the prize. “Definitely looking forward to getting some wins… hopefully winning our championship for this town,” he said.

Mayer tells MRN open skates will continue at some point, once Ice Plex board members find a way to sell tickets without creating huge crowds.

Moving forward, the facility’s thinking of using an online ticketing system, with more announcements expected on their official Facebook page and website.